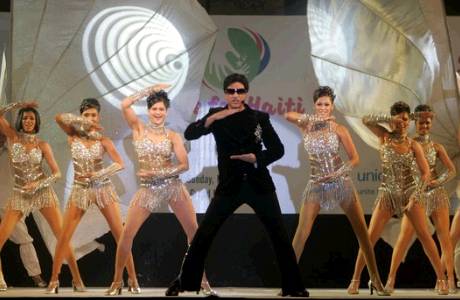 Powai Group won the Summer Funk 2014 award organised by Shiamak Davar. It was all Magic performance full of Life and Fire.

Singer and Performing artist, Shiamak Davar is known as the Guru of Contemporary dance in India.

He is responsible for modernizing India’s dance scene especially in the film and theatre industry, and is respected for his ever evolving and very popular “Shiamak Style” of dance.

Shiamak is the Founder and Artistic Director of the world’s largest dance education movement which has enriched the lives of over a million dance enthusiasts across India, Canada, Australia, the United Arab Emirate and United Kingdom. With the motto, Have Feet. Will Dance.

Shiamak continues to spread the joy of dance across the world. In 2011, MiddlesexUniversity conferred a Honorary PhD to Shiamak for his contribution to the world of dance and the performing arts.

Shiamak has directed, designed and choreographed entertainment acts for international star Jermaine Jackson, world-renowned music composer A. R. Rahman and almost every Bollywood super star for various projects across the world, including ‘The Unforgettable Tour’ – the biggest Bollywood show to tour America, Canada and the UK performed by superstars Amitabh Bachchan, Abhishek Bachchan, Aishwarya Rai and others. He was the official entertainment designer and choreographer for the Indian International Film Academy (IIFA) Awards for ten consecutive years (2002 to 2011). He has choreographed and designed songs for some of the biggest Bollywood blockbusters and also for Mission Impossible : Ghost Protocol. He won the National Award (from the President of India) for choreography in his first feature film – Dil Toh Pagal Hai.

Shiamak choreographed and designed songs for the Franco Dragone musical production INDIA directed by Brian Burke. Zangoora – The Gypsy Prince, the biggest Bollywood stage musical ever, which he choreographed, has performed over 800 shows and still running successfully at The Kingdom of Dreams, Gurgaon.

Shiamak has been the ‘Dance Guru’ for the television dance reality shows ‘Dance Ke Superstars’ (Superstars of Dance), Jhalak Dikhla Ja (Dancing with the Stars), Dance Premier League (DPL) and celebrity guest judge for ‘India’s Got Talent’ and many other television shows.

“The world must see you.” – Bill Clinton

“What is this energy you have which extends through all your dancers as well? Its fantastic.” – Richard Gere

“It’s a perfect blend of Bollywood and Hollywood.” –Sting

“Its an artist’s dream to be associated with Shiamak. The way he blends the east and the west is marvelous.” – Amitabh Bachchan
www.shiamak.com