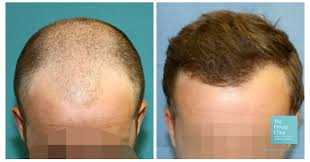 Nine months after Shrawan Choudhary, a 43-year-old businessman from Chandivali, died soon after a hair transplant procedure, a panel of doctors at the State-run JJ Hospital have found negligence at many levels. The Saki Naka police are contemplating whether a first information report (FIR) can be filed in the case.

“We have received the report and it has listed several instances where negligence was observed on part of the clinic. However, we are first seeking legal opinion regarding the report and will take action based on that,” senior police inspector Kishor Sawant said.

Assistant Commissioner of Police (Sakinaka division) Milind Khelte confirmed that the report has been received and said no FIR has been filed in the matter so far.

Choudhary died on March 9, two days after he underwent a hair transplant at dermatologist Dr. Vikas Halwai in his clinic at Chinchpokli. The doctor had grafted more than 3,000 hair follicles on Choudhary’s scalp.

After the procedure, Choudhary began complaining of pain and was taken to Global Hospital nearby where he was not admitted.

He was later admitted to a nursing home and discharged. At home, he complained of breathlessness and his face swelled up. The family took him to Hiranandani Hospital in Powai, where he died. While his viscera and organs were sent for analysis, the preliminary post-mortem report revealed that Chaudhary had symptoms of anaphylaxis, a severe allergic reaction, and had a multi-organ failure.

While the Saki Naka police had registered a case of accidental death, a committee of four doctors, including a plastic surgeon, was set up at JJ Hospital to look into medical negligence. JJ Hospital’s dean Dr. Pallavi Saple said the report was sent to the police on December 16.

Choudhary’s family members have been pushing for a speedy investigation. In a media briefing organised on December 11, Choudhary’s wife Seema and nephew Suresh said they do not want any delay in the investigations and filing of the FIR as it is already nine months since his death. Dr. Halwai refused to comment.