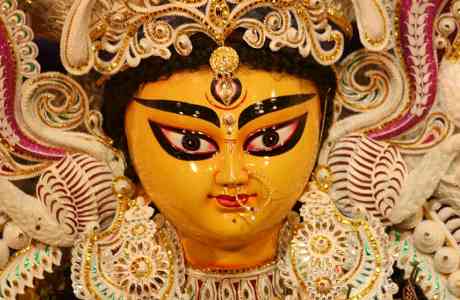 Durga puja is easily the biggest festival for Bengalis. So, it’s not surprising that they spend much effort and resources to ensure that it is celebrated in  style.

Some neighbourhood groups appoint specialists to plan, design and work out the celebrations. Some prominent pandals even hire the services of artisans all the way from West Bengal to craft idols of the goddess on her leonine mount.

Commonly, the groups appoint priests of Bengali origin who will ensure the customs and traditions. But one of the organisers has been bringing the pujaris too, from West Bengal.

“We have three pujaris who are senior and have been doing the puja for the past 15 years. There is no hard and fast rule to get priests from Bengal, but we bring them to help us preserve the traditions since they are well-versed with them,” said Soumitra Banerjee, president, Durga Bari Samiti Trust. The trust, which is oldest in the city  conducting the Durga Puja, will spend about Rs30,000 on the travel and stay of the priests in the city.

Banerjee gave an example of the benefit of having these priests. “They bring along with them Ganga matti and know when the puja to be performed is special, like the Sandhi Puja that is conducted between Ashtami and Mahanavmi,” he said.

“Sandhi Puja is the time when Durga maa looks at the earth from heaven. We have always heard about this since childhood and that is why we have this occasion,” said UK Mukhopadhyay, president of the Bengal Club, which organises the Shivaji Park Durga Puja. The club also relies on pujaris from Bengal who have been conducting the puja at their Kali temple.

Supriyo Lahiry, spokesperson of the Powai Bengali Welfare Association, said that the priests also guide the organisers in the singing and cooking. “It’s not just the Sandhi Puja. Even the Agamani songs, the Pran Pratishthan and special food cooked for the goddess by ladies who are trained for this work, is done under the supervision of pujaris,” said Lahiry.

“These traditions are followed in Bengal and the priests help us to stay in tune with them. Having Sindoor Khela on the last day and offering sweets to maa before the visarjan is done in a very special way by Bengalis,” he explained. The puja organised by the association is conducted by a Bengali priest who lives in the city. The practice has been going on for nearly a decade now.