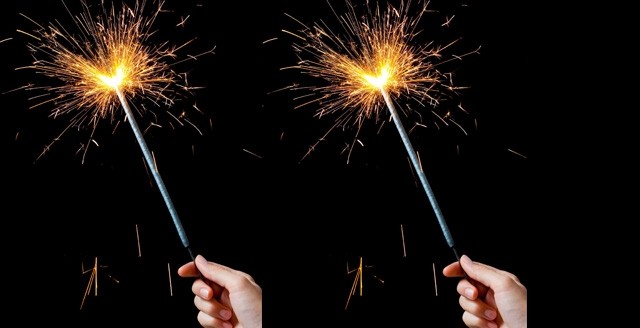 Deep inside the Aarey Colony is a small hamlet filled with tribal communities. It is very much in the news due to several leopard attacks happening there. Members of the Young Environmentalists NGO of Powai and Meluha Green team ventured to this area to celebrate a quiet, peaceful and green Diwali with the 200 little tribal kids in the jungle. This adivasi village ‘Sai Bangoda’ is a tribal hamlet surrounded by dense greenery.

Thick green foliage covers one side and the Mithi river flows on the other making the land quite fertile for the inhabitants there. So, many plastic bags and food garbage attracts dogs which in turn attract the wild animals to visit too. But between man and animal conflict, due to little development, there where will the tribals go? Says Elsie Gabriel, founder Young Environmentalists NGO, “We know that the kids can not be left out during the festival season just because they are locked away in safety at their mud hutments. We went with toys and sweets, spent time with children singing and chatting, spreading the message of a peaceful Diwali this season aiming to bring awareness among the tribals.”

Ramesh Deware social worker looks after the education of these kids, “There are 27 pockets of hamlets here and the most important issue is to bring the kids out to study instead of stay back at home and look after chickens and cows and do menial household work which is the only thing known to them.” Till today, the land owners hunt, gather firewood and graze their cattle. They cultivate their own land and ensure that they are self sufficient.

In the middle of a jungle, at the end of a rustic road, hidden from the limelight is where a peaceful Diwali was spent, says Simran Ahuja, Miss India MWI International 2013, who represented India in Canada, “It was the best Diwali I have spent so far in my life. Getting down to basics and knowing simplicity first hand was very thought provoking and I am grateful to Young Environmentalists NGO of Powai. Please do not burst loud, polluting fireworks or crackers filled with poisonous gages — it is very harmful to the air and citizens young and old.”

Vaghoba or the Leopard is one of the Gods the villagers worship, as till today many of these wild cats wander around amidst the fringes of the area. They have great respect for the wild animals but feel threatened by their sudden attacks. The locals believe that hopefully sometime soon the wild animals will realize that the tribals too shared their land and it is not exactly them who are infringing. Why should celebrating Diwali get left out by little tribal kids if there is an ongoing conflict between Man and the wild?