Pitr-paksha: The Fortnight of Ancestors in India and China 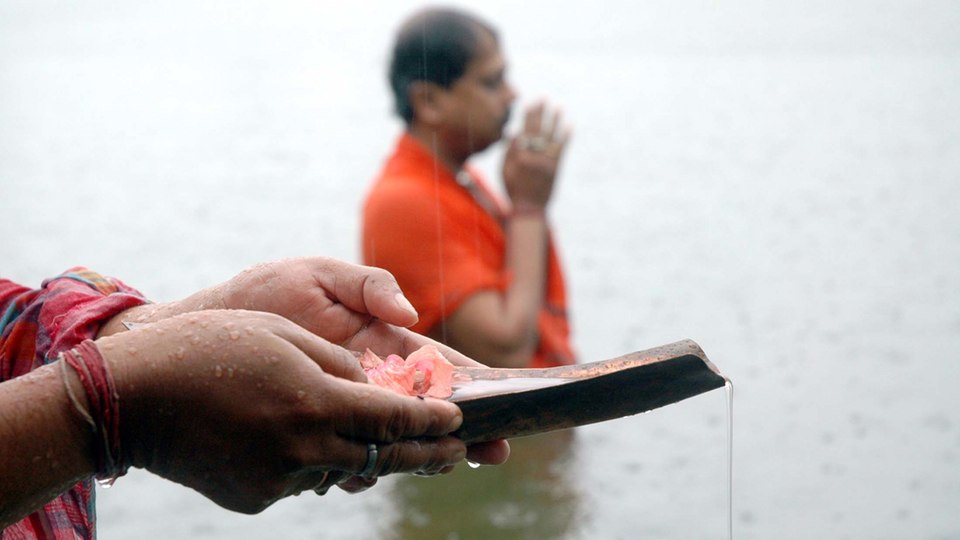 In a few weeks, many Hindus will observe Pitr-paksha [Just ending tonight] , the fortnight of the ancestors, when it is said that Yama-loka or the land of the dead will be closest to Bhhu-loka, the land of the living. In this period, the funeral rituals are observed and the ‘toothless’ ancestors are fed.

A similar belief exists among the Chinese, not mainland Chinese who have wiped out all traces of traditional culture which was deemed ‘superstition’ by the rational Communists, but the Chinese Diaspora which carries with it the customs and beliefs of homeland. They call it the Hungry Ghost festival and it is celebrated in the seventh month of the Chinese calendar which corresponds roughly to the month of August of the common calendar.

This period corresponds with the Fall Harvest in China and the height of Buddhist monastic practices, as it corresponds to Chaturmasa (four months of rainy season) during which Indian monks — Buddhist, Jain or Hindu — did not travel, but stayed in one place and intensified their austerities.

Opinions vary if this is a traditional pre-Buddhist Taoist festival, or a Buddhist festival. The Buddhist scripture, Ullambana Sutra does refer to how the Buddha helped his disciple Maudgalyayana save his mother who, he could see using his clairvoyant powers, was suffering in the land of the dead. Did this inspire the Hungry Ghost Festival?

During this month, the ‘gates of hell’ open up and the ghosts come to visit their relatives. Ancestor worship is big among the Chinese. But this is different. Here, all ghosts, not just older and more reverent, are included. The ghosts return for a period of time. The belief is that in the land of the dead, the ghosts’ belly grows larger but their throats grow thinner, as they suffer for their crimes and desires from their time in the land of the living.

The ritual involves making them happy and satisfying all their cravings that cannot be satisfied in the land of the dead. Offerings include food (mostly vegetarian food), burning of paper gifts (money, cars, shoes, cosmetics, furniture), and providing traditional entertainment such as song and dance, during which the first row of chairs is kept empty, reserved for the ghosts. These ‘Getai’ shows are full of fun and frolic, contrasting the otherwise solemn nature of the festival, perhaps to help ghosts forget the misery that awaits them when they return to the land of the dead.

The Gates of Hell Will Open

During this month, children are not allowed to wander in the dark or go for a swim. The ghosts can kill children to replace them in the land of the dead while they seek rebirth. People are advised not to sing or whistle in the dark. They are advised not to pick up coins found on the road, and walk a little away from the walls of buildings along which ghosts are likely to creep. No birthday parties are held at night. And it is said, if you do get to see the Black or White Hell Lord, who often appears at this time, and survive the sight, you could be blessed with great fortune. In this month, no one buys a new car or moves into a new house.

Finally, when the month draws to a close, lotus-shaped lanterns are set afloat on rivers to help the ghosts find their way back to the land of the dead. As among Hindus, the dead are respected, but no one wants them to overstay their welcome.

The article originally appeared on 6 September 2015 in Mid-Day.

(Devdutt Pattanaik is an author, speaker, illustrator, and a mythologist.)