Ants Can Save Earth From Global Warming, Claims Study 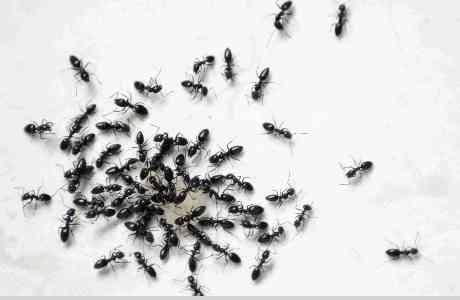 Ants may be cooling the Earth by helping trap carbon dioxide from the environment, a new study has claimed.

A long-term experiment tracking the ants’ effects on soil suggests they cooled Earth’s climate as their numbers grew.

“Ants are changing the environment,” said lead study author Ronald Dorn, from the ArizonaStateUniversity in Tempe.

This ant limestone factory is a small-scale version of the massive planetary-cooling process that takes place in the oceans, known as carbon sequestration, ‘Live Science’ reported.

Dorn discovered that ants were powerful weathering agents by tracking the breakdown of basalt sand.

His experiment shows that ants appear to break down the minerals 50 to 300 times faster than sand left undisturbed on bare ground.

According to Dorn, the ants may be scavenging calcium and magnesium from the minerals and using these elements to make limestone.

In the process, the insects may trap carbon dioxide, a greenhouse gas, in the rock, the report said.

The transformation could take place when ants lick sand grains and stick them on the walls of their nests, but Dorn said the process is truly a scientific mystery.

The study was published in the journal Geology.