Start-up that made waves at IITs 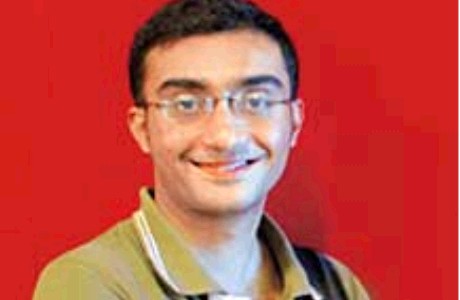 As you walk into the offices of Housing.com at Powai in central Mumbai, you will see the collective thought of 12 IIT-Bombay engineers engraved on the wall — “We wanted something better, so we built it ourselves.”

The dozen founders of the map-based housing portal — all IIT-Bombay engineers in their mid-20s — now have many others wedded to the same motto. The less-than-two-year-old company was the biggest recruiter among start-ups, snapping up 45 students from IIT campuses this placement season.

The packages it offers is nothing to write home about —Rs 13-18 lakh a year, depending on job profiles. But co-founder Advitiya Sharma says Housing.com was in demand on IIT campuses as “we give them an opportunity to leave their fingerprint on the work they do. We give them a huge opportunity for technology innovation.”

The idea for the housing portal came up in February 2012, when Advitiya Sharma and 11 friends set out to look for a rental accommodation, after passing from IIT-Bombay. Little did they know this collective effort would give birth to a business venture that would change the way Indians hunt for homes.

“We spent 30 frustrating days on Mumbai’s roads looking for an accommodation. But the not-so-good accommodations and weird conditions for renting out a flat to bachelors made that experience a nightmare. That is when we decided to do something about it,” says Sharma.

All of them gave up their lucrative consulting and software jobs to set up a 3D map-based portal they hoped would redraw the landscape for real estate websites. The company has expanded to 10 cities — Mumbai, Bangalore, Pune, Gurgaon, Chennai, Delhi, Noida and Ghaziabad, Hyderabad and Faridabad — and has 700 staff members. It boasts of 90,000 daily unique visitors (Sharma claims it is the third- largest in terms of traffic, after MagicBricks and 99Acres.com). Housing.com plans to double its reach in six months.

“The real problem plaguing the real estate business is lack of authentic information in making a buying and selling decision. At Housing.com, we address that,” says Sharma.

This September, the start-up, originally known as Housing.co.in, bought the Housing.com domain name and a national number, 03-333-333-333, for $1 million. The company says data verification is core to its business and, thus, it trains staff to deal with partner brokers and landlords. The staff not only collect information about a flat/plot and its surroundings, but also take high resolution pictures for the website. The data is verified by an in-house team before being uploaded. So one can search for a house with “child friendliness index” or “housing lifestyle ratings” or “price heat map” feature, which would enable users to check prices of localities across a city on a map. One can also check if the house they are looking for is located near, say, a highway. The portal earns revenue only through its broker vertical, but a proposed builder vertical and land vertical will multiply the revenue, says Sharma refusing, to divulge revenue details.

“We charge a subscription fee of Rs 7,500 for six months and Rs 15,000 for one year to brokers. We would be revising that upwards soon.”

The portal has around 6,000 broker-members.  This June, the portal raised $2.5 million Nexus Venture Partners after it secured two rounds of angel funding from a group of investors led by Zishaan Hayath, co-founder of the phone commerce company Chaupaati Bazaar, and former Network18 CEO Haresh Chawla. Kishore Biyani’s Future Group acquired Chaupaati Bazaar a couple of years ago.

With more innovative products to be rolled out soon, Sharma is betting big on the online space. “We are the kind of people who want to do what makes us proud and I know we will rock the industry.”

Expanded to 10 cities and 700 staff members with daily unique 90,000 visitors

Plans to double its reach to 20 cities in six months

Trains staff to deal with partner brokers and landlords